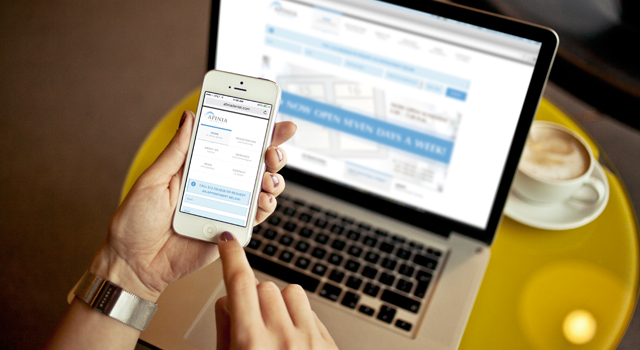 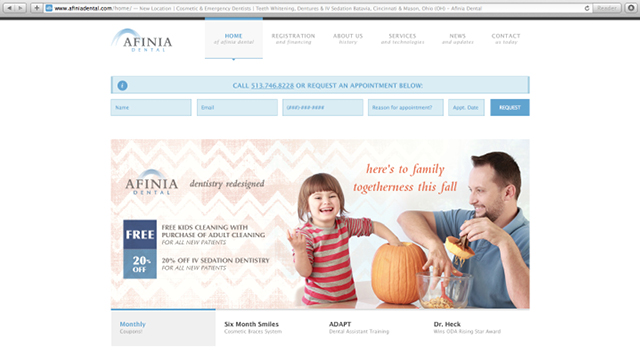 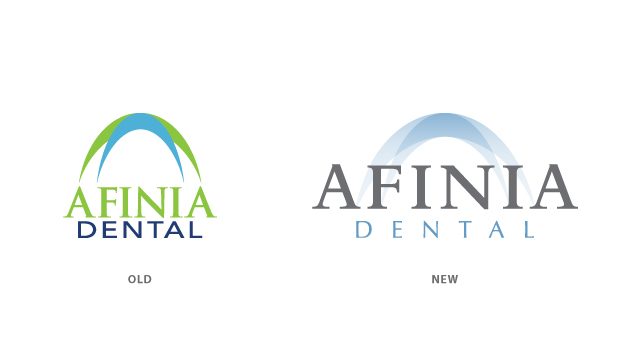 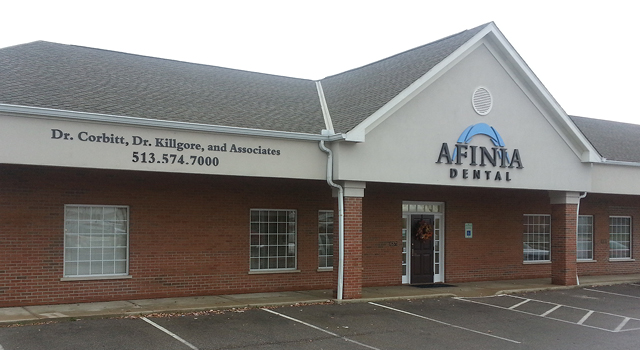 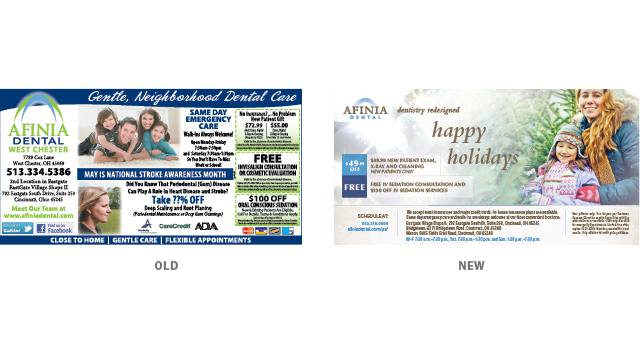 On 07, Feb 2015 | In Interaction Branding Print Professional | By Matthew Lemmond

CREATIVE CHALLENGE: When a logotype is crowded with an unnatural color and has an unsightly gap as the focal point, that image clashes with the desired brand for a dental practice with multiple sites. How can a designer transition an established and familiar community brand to something more appealing to customers?

DESIGN OBSTACLES: Afinia Dental’s former logo featured a sickly green color undesirable for teeth, plus condensed letters resembling an overcrowded mouth and a large gap, calling to mind a missing tooth. Plus, patients found the website difficult to use to schedule appointments while advertisements got lost in cluttered mailers.

CREATIVE RESULT: I didn’t want a significant change. It was important to hang onto the brand identity Afinia already had. I was inspired by David Airey’s book, “Logo Design Love,” which influenced me in visual brainstorming. I used the regular typeface and spread out the characters, so there was room. I eliminated the green and used a much softer blue, making the arches translucent with an angelic, upward motion. When we did this rebranding, they were building a third location, a dental spa, so the rebranding coincided with that. On the website, I made the “Schedule Your Appointment” feature one of the first things you see. I integrated their record-keeping software with links that lead customers to complete registration forms. The rest of the site design used terminology customers would understand. Afinia’s original print ads were jam-packed, and themselves put in mailers chock full of stuff. I redesigned the ads with a light, sparkly clean design and sophisticated offers. We used low amounts of typography to set a sharp contrast to every other piece in the mailers. We compared how well each ad ran. We found after a while that the mailers themselves were ineffective, so we stopped. I also helped them establish social networking and Google ad words, and make software choices.