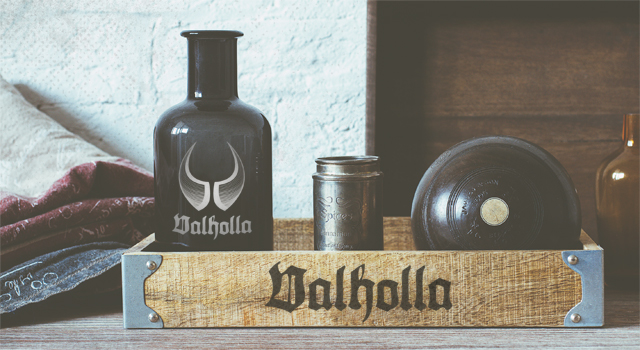 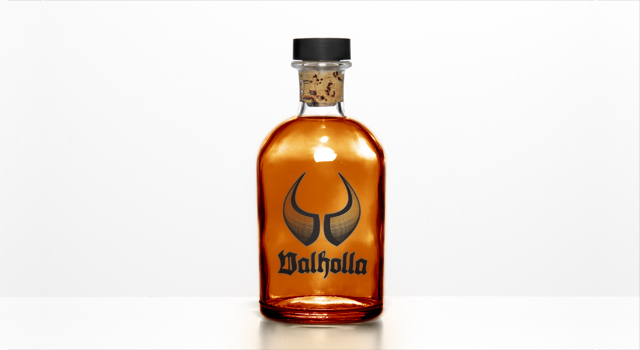 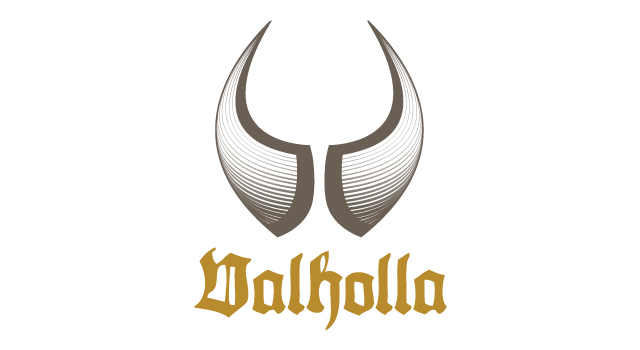 In life, only royals would drink from the horn, but in Valhalla, only the bravest Viking warriors slain in battle drink! Mead is an ancient, honey-based, alcoholic beverage with many historical connections, the most notable connection being with the Norse (Vikings). By looking in the negative space between the two horns, a classic wine glass appears, connecting an ancient drink reserved for the best and its modern equivalent, Valholla Meade. Some might even see the horns as the bow of a longboat quickly approaching!

CREATIVE CHALLENGE: How does a designer create a brand identity that communicates a unique and unfamiliar product while embracing its history?

THE CLIENT: Valholla owner Hunter Gambill saw an opportunity to break into the wine and liquor industry with mead, an emerging and unique product.

THE ASSIGNMENT: Create a brand identity for use in product packaging and marketing materials.

DESIGN OBSTACLES: This was one of the first projects I got paid for as a designer. I was just out of school. I like to dive into the subject matter and have a firm understanding as I proceed. Hunters original plan was to call the company “Green Viking” and to use a Viking illustration that looked an awful lot like Hagar The Horrible. In our first meeting, I helped him realize that his plan was not sleek and sophisticated enough for the wine industry and liquor industry. A critical aspect to good branding is understanding the history behind the product at hand. Hunter returned with the perfect name, Valholla, an alternate spelling of Valhalla. From Norse mythology, reaching Valholla is an honor for fallen Viking warriors. Meade is an ancient, honey-based, alcoholic beverage with many historical connections; the most notable connection being with the Norse or Viking culture. As part of my concept development, I dove into the history of Norse mythology and Viking culture.

CREATIVE RESULT: This brandmark shows my ability to communicate a complex idea with little imagery. Because Valholla is a resting place for Viking warriors, the brandmark picked up on that with two horns. Although in life, horns were usually used only by royalty to drink out of, now in death warriors may drink from them too. By looking in the negative space between the two horns, a classic wine glass appears, making a connection between an ancient drink and its modern equivalent, Valholla Meade.